There it was, gone! A custard tart, from a box of two in a Waitrose refrigerated display. With my extensive nursery-rhyme education, it was clear to me what had happened, but should I tell the staff, or might they think that I had eaten it? 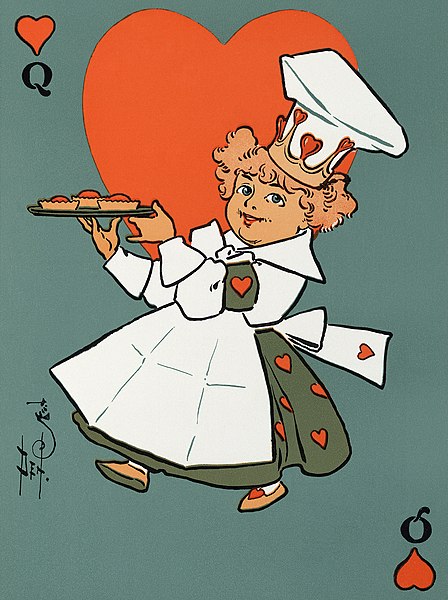 The Queen of Hearts
She made some tarts,
All on a summer’s day,
And sent them off to Waitrose,
Who put them on display.

The Waitrose tart –
A custard tart,
And not one filled with jam –
Is my favourite tart of all
(It’s just the way I am).

They sold those tarts
From the Queen of Hearts
In boxes, each with two.
But from one box one tart had gone –
The culprit? I know who:

The Knave of Hearts,
He stole that tart!
(He’s done such things before:
The King of Hearts sore beat him,
And he vowed he’d steal no more.)

But it can’t be proved
The Knave removed
That pie (and he’d deny it).
Will Waitrose think I stole it?
I think I’ll just keep quiet . . .

This entry was posted in Uncategorized and tagged Custard tart, Nursery rhymes, Waitrose. Bookmark the permalink.