At low resolution, a feature first discovered in 1976 in the Cydonia region of Mars somewhat resembles a face. Some people claimed that it was not a natural geological structure but had been created by an intelligent Martian civilisation, perhaps to signal to us on Earth. 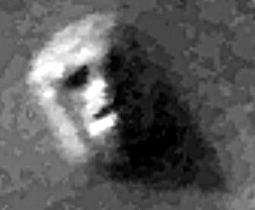 Way out there in space, there’s a trace of a face
(And I don’t mean the Man in the Moon).
Rumours gather apace that this face is a place
Which the Martians have built to commune.

This entry was posted in Uncategorized and tagged Astronomy, Geology, Mars, Reality. Bookmark the permalink.